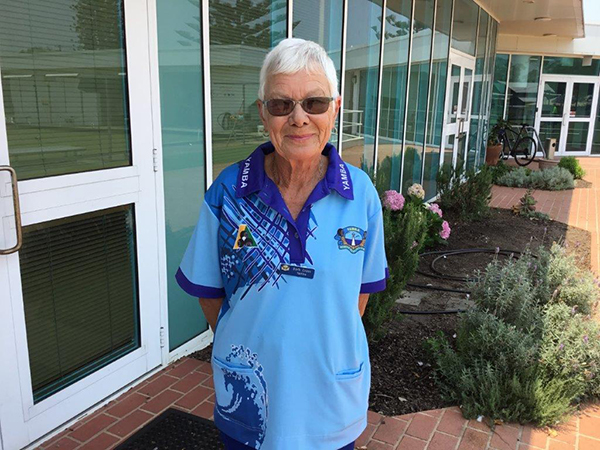 The finalists decider for both the Major and Minor Consistency has been held with the semi-finalists taking to the greens to battle it out on In the Major Consistency it was a win for Wendy Ballantyne over Cathryn Aitchison (150-119) after Wendy took the lead on the 6th end with a handy nine points, to then to stay in front for the remainder of the game despite Cathryn’s best efforts to catch up. Marker was Gloria Davis. In the other game the seemingly indomitable Carol Ritale stayed level with the in-form Val Terry until the 10th end when Carol took the lead and maintained it for the rest of the game finishing with a 150-106 win. Marker was Julie Coulter.

In the Minor Consistency semi-final was between Ruthie Fletcher and Barbara Cross and it was Barbara who evened the score on the 10th end and then took the game away, finishing up 150-106 to secure a place in the final.

In the other semi-final it was Lois Duncan who led for most of the game despite the best efforts of her opponent Jan Hudson. Scores were fairly close throughout most of the game until Lois sealed the deal with a 150-137 win. Marker was Pam Conley.

The final was played on Thursday November 21.

There were two rinks of social bowls with a triples game between L. Gregor, M. Sakac, K. Pedder d. B. Shatte, J Pearson, M. Stone – and Kerry and her gang took home the only winners prize for the day. The other game – a pairs game was played with J. Pryor, L. Asbury defeated by M. Thompson, J. Campbell.

Wendy and Carol’s game was a case of very close score-lines until Carol drew away on the 21st end to stretch her lead to 22 shots. But Wendy came back with a couple of winning ends – but it was to be Carol who prevailed finishing 150 -134. Marker was Bev Shatte.

In the Minor Consistency it was much the same scenario with Barb getting a good lead around the 23rd end and Lois fighting back with a couple of winning ends, But again it was Barb who surged ahead to win 150-138. Marker was Raels McKibbin.

The last Jackpot for the year was won by Sue Lindsay’s team.

And we have a new Bowler of the Month for October – Judy Abbott. Congratulations Judy.

Please ensure your District entries are finalised – will be closed on December 3 at 10am.

And ensure your names are on the sheets for both Christmas Ham Day on November 28, and the Christmas Breakfast and party on Tuesday December.

Red Cross will be selling their wares – diaries cards etc. at the Christmas Ham Day.