Old kirk alive with the colours of Ken Done 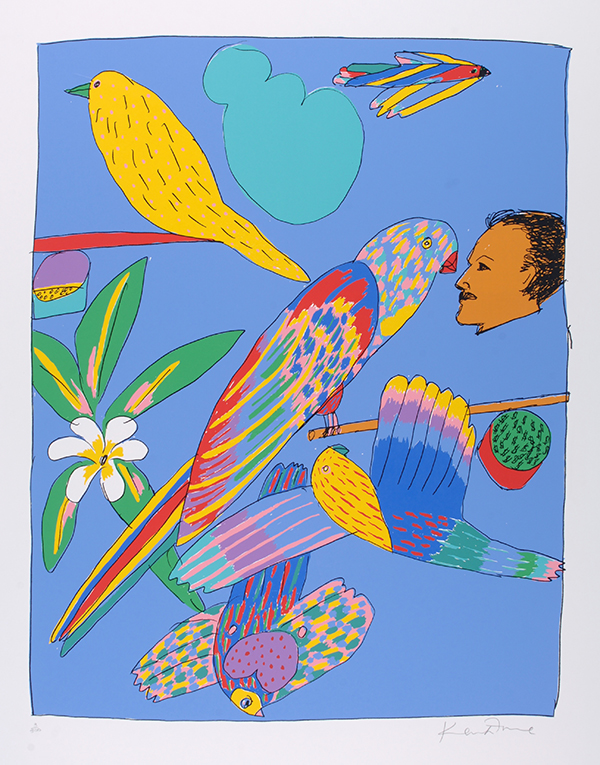 The Lower Clarence is about to explode! View the works of one of Australia’s most famous artists with The Ken Done Exhibition showing at the Old Kirk, Port of Yamba Historical Society Museum, from Tuesday February 11 until March 8. Be inspired, be enthralled, be excited to view and discuss this outstanding collection.

Since his first solo exhibition in 1980, Ken Done has become one of Australia’s most famous artists. His work has been described as the most original style to come out of Australia, and his paintings are in collections throughout the world. Born in Sydney in 1940, Ken left school at 14 to enter the National Art School in East Sydney. After five years study, he commenced a highly successful career as an art director and designer in New York, London and Sydney. At the age of 40 (after painting for many years), he gave up his advertising career to become a painter fulltime. Since then, he has held over 50 one-man shows, including major exhibitions in Australia, Europe, Japan and the USA. His works have been shown in the Archibald, Sulman, Wynne, Blake and Dobell Prizes.

Major projects include the painting of a BMW Art Car, and the total decorative scheme for the Garden Restaurant at the Powerhouse Museum, in Sydney. In 1988, Hanako, a Tokyo fashion and lifestyle magazine, was launched, and featured a Ken Done painting on the cover every week for over 15 years. In 1999, Done was asked to create a series of works for the Opening and Closing Ceremonies programs of the Sydney 2000 Olympic Games.

Ken’s paintings have become the creative source of a unique and vey successful Australian business which continues to promote Australian art and design to a world-wide audience.  In 1993, Ken, together with his fashion-designer wife Judy, won the Fashion Industries of Australia’s Grand Award for Fashion.

Ken Done is the patron of Grafton Regional Gallery. In 2008 he donated 135 of his prints to the gallery, forming the Ken Done Collection, providing a colourful visual history of his extensive printing career This exhibition celebrates the potent impact of colour on our visual senses by an artist with his own mark and style. Ken uses colour to envelop the viewer and engender an emotional reaction. It is the key element to define the moment and feeling of his beloved subjects – Sydney Harbour, his garden, the surrounding still life, coral reefs, figurative muses and sunny Gold Coast beaches.