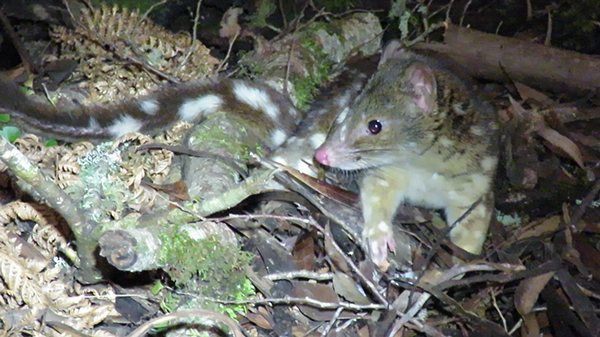 Photos of some of the Commonwealth's 57 species. Images: Contributed

The North East Forest Alliance is demanding that the NSW Government heeds the Commonwealth’s advice by immediately placing a logging and clearing moratorium over all unburnt habitat of the 57 animal species in north-east NSW identified by experts as needing urgent help to survive in the wake of devastating bushfires.

Almost two and a half million hectares of north-east NSW (north of the Hunter River) was burnt in the recent fires, affecting 29% of the land area and around half the native vegetation and its inhabitants, said NEFA spokesperson Dailan Pugh.

“North-east NSW provides core habitat for half of the 113 animal species that the experts commissioned by the Commonwealth Department of Agriculture, Water and the Environment identified as needing urgent help to survive in the wake of devastating bushfires.

“The Commonwealth identifies the highest priority actions for all species as protecting unburnt habitat patches and carrying out rapid ground assessments of remnant populations.

“It is telling that in 2018 the NSW Government removed or reduced already inadequate logging protections for most of these plants and animals. They don’t stand a chance if logging is now allowed amongst any survivors.

“In accordance with the Commonwealth recommendations NEFA is calling on the NSW Government to immediately implement a moratorium on all logging operations and land clearing within and near the identified habitat and locations of these imperiled threatened species, as well as upstream of the frogs, fish and crayfish.

“Until the needed surveys are undertaken, their very survival has to be considered at stake” Mr. Pugh said.

Photos of some of the Commonwealth’s 57 species