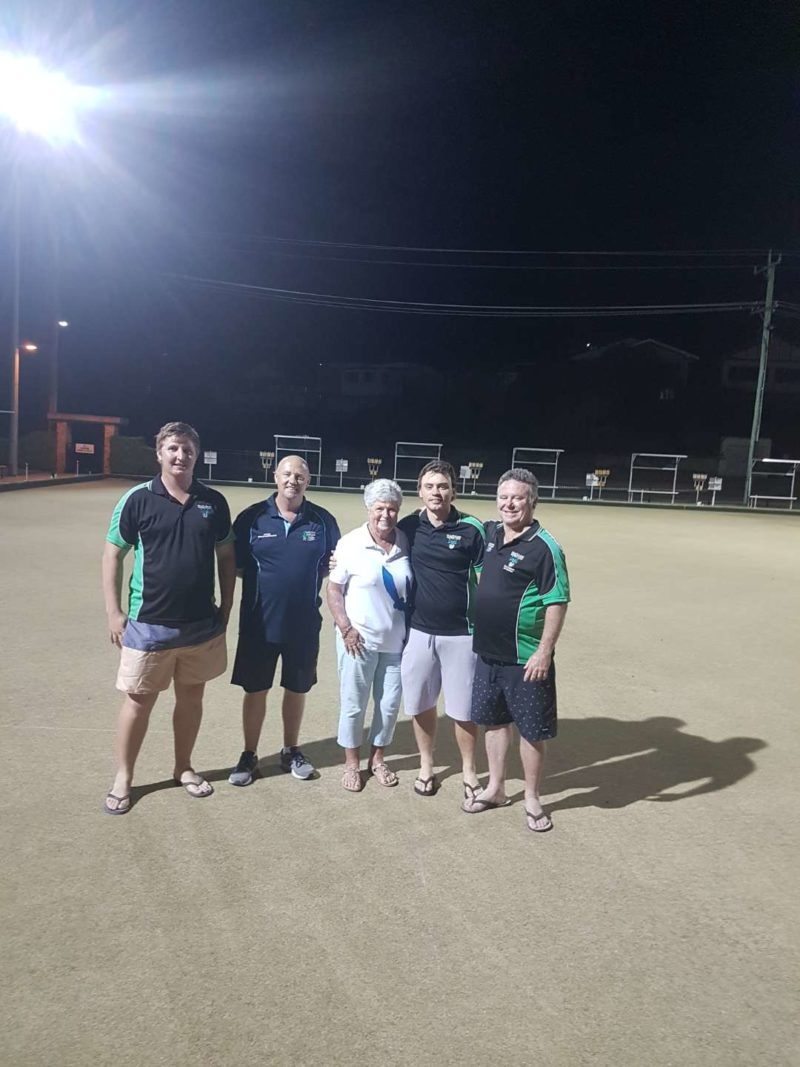 Over the last four weeks we have been running a barefoot bowls challenge involving community groups and associations. Played in teams of triples on Friday nights with the only limit of being allowed only one registered bowler per team, eight teams entered and played a round robin with two games of six ends for three weeks and one round the last week. The top four teams then went into a four end semi final shootout and final.

In semi final one we saw the top placed Lions play against the Magpies. A rematch after they just played in round 7. At 2-1 to the Lions and the Magpies holding 2 shots for the win, Ken Crampton came up with a bomb and drew right on the Jack to win the semi final.

In semi final two we had the Umpires up against the Bobcats. The umpires jumped out to a 5-2 lead after three ends and the Bobcats were holding 2 shots with the skips still to play. But in the end the Bobcats could only manage 1 shot giving the victory to the Umpires.

In the 3rd vs 4th playoff the Bobcats won the first 3 ends going to a commanding 4/0 lead. The Magpies tried hard and had opportunities but it was the Bobcats who came away with the win 4/1.

The final was a cracker with bowls that you would expect to see in club championship finals. Jacks were being drawn, bowls were being sat through and Jacks were trailed into the ditch and ditch edge bowls were drawn. It had everything and on the last end the Lions were up 2/1. As the skips headed to play their bowls the Umpires were holding a few shots but the Lions came in with a good bowl to cut it back to 1 shot close for 2. Nothing changed and the Umpires scored the 2 shots they needed to take the win

Congratulations to all those that took part in this concept and look out for our next Community Challenge in February/March.