How councillors made their ‘affordable housing’ decision 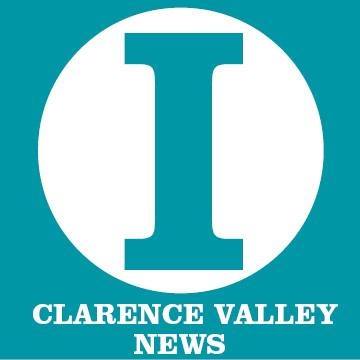 He said the deputation highlighted that it had “been almost 25 years since [affordable] aged housing had been built in Grafton”.

“We have an ageing population, a ticking time bomb, and South Grafton is an area of low socioeconomic disadvantage,” he said.

He “commended” planning director Des Schroder and general manager Ashley Lindsay “for finding a fund” to provide the money.

Councillor Andrew Baker held a different view and said that he was “against the way” the “out of the blue” application was being processed.

He inferred that if paying the S64 funds was approved it wouldn’t measure up to what CVC told ratepayers when it pitched the special rate variation (SRV).

“We said at the time … we do our budget and live within our means,” he said.

“If this was adopted after normal consideration out in the public then I would have no objection.

“…We didn’t tell ratepayers we would react to requests for funds in this way.”

Councillor Arthur Lysaught said, “If we’re ever going to support a merit based decision, this deserves all the support in the world.

“…We are supporting some incredible people [CVL], if this goes through.”

Councillor Karen Toms said she agreed with “helping disadvantage people”, but expressed similar views to those of Cr Baker, calling the application “a donation request out of the blue”.

She said it was irresponsible “to support such a large donation [request] without any supporting information”.

She said it was a “feel good thing” to support “a reputable charity” but she couldn’t support Cr Ellem’s motion, “even though what [CVL] is doing is commendable”.

She said “we can’t afford to let developer contributions be paid from other sources” within CVC.

Councillor Richie Williamson said “both sides of the debate are right” and that when he “first read report” he was “on the other side”.

“But after a 25-minute interrogation of the board chair”, he said he had been “swayed”.

He said he was comfortable with “setting a precedent” in this case, which was based “on pure merit”.

Mayor Jim Simmons attempted to hold CVL to account with a “condition requiring that rentals be no more than 25% of the single pension per fortnight”; however, this was withdrawn following some informal discussion about trusting CVL.

Councillor Jason Kingsley said “if this is not approved I could not lay my head on the pillow at night knowing people out there were homeless”.

Councillor Debrah Novak said she was “on the fence” until she heard the deputation.

Mayor Simmons said he was “concerned” when he first read the report to council and that the “report could have provided more information”.

He said he “wondered whether this item should go out for public consultation”.

“The cost is still a significant commitment,” he said; “I had initial concerns but now support it.”

He thanked Cr Ellem for his “leadership on this matter”.