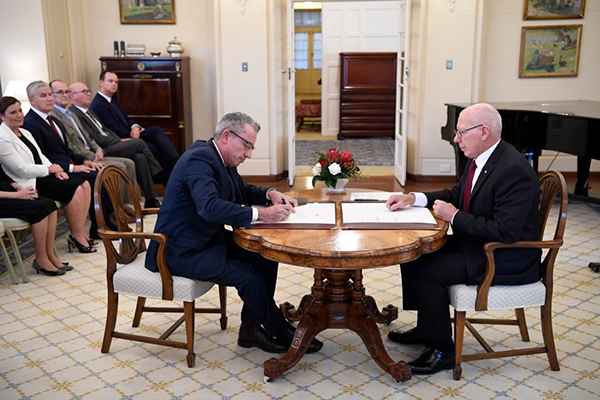 Mr Hogan told the parliament on Thursday February 6: “I’ve been advised by the Deputy Prime Minister that I am to be appointed to the ministry following the rising of the House today.

“As a consequence, I will be resigning from the Deputy Speaker role prior to my swearing in.”

In a media statement, Mr Hogan said: “I am very humbled to be promoted today to Assistant Minister to the Deputy Prime Minister.

“My first priority will always be, as the Member for Page; without the support of our community, I would not have the opportunity to serve and represent us.

“I am grateful to have been given this new role.”

Mr Hogan replaces Andrew Gee, who is now Minister for Regional Education, Decentralisation and Minister Assisting the Minister for Trade and Investment.

“My position is literally as it sounds, I assist the minister … it’s quite a big department.

“I’ll have my own charter, the Deputy PM will literally divvy stuff up. ‘I want you to look after this.’

“There are a lot of different programs,

Roads to Recovery and the Building Better Regions Fund.

“There are a lot of different aspects to the portfolio.”

Mr Hogan said he had not yet discussed details of his roles with Mr McCormack.

Previously, as deputy speaker, he was receiving an extra 20 percent on top of his base salary, $211,250; the assistant minister position (also known as parliamentary secretary) attracts a 25 percent increase to the base salary.