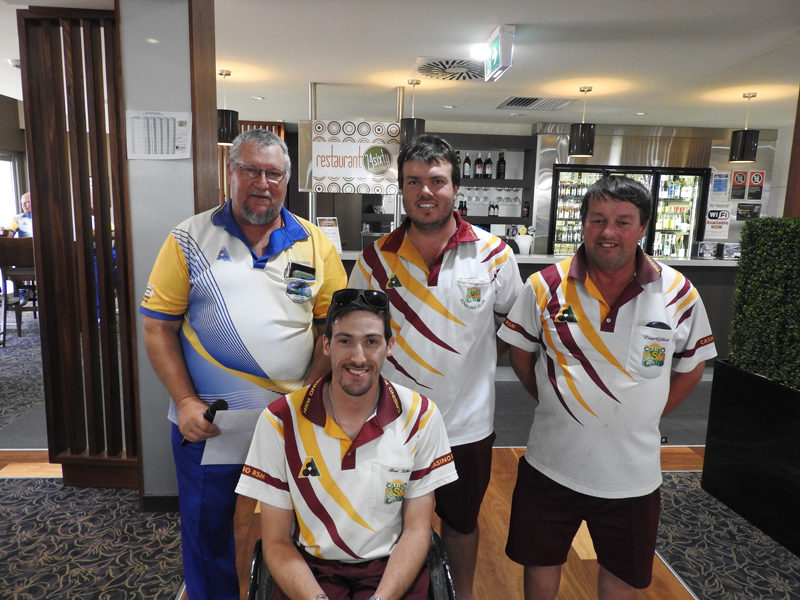 I apologise for no story last week however, I was away playing in a Diggers Carnival in Dubbo.

I would like to begin by firstly reporting on the September Carnival that took place at the GDSC on Saturday and Sunday the 7th and 8th of this month. It was a great 2-day carnival, run brilliantly by Allan Gough and his helpers. Half of the teams that played were visitors from out of town which made the competition very tough, producing some great games of bowls. Congratulations to this year’s winners Leon Gilbert, Brad Gilbert and Jamie Eichorn who defeated last year’s Champions in the last game to claim the victory. All who participated should be congratulated for their efforts in making the carnival a fantastic annual event and we at the GDSC look forward to seeing you again next year.

The last Minor/Major semi-final was played on Saturday afternoon between T Want and J Pye and the team of L Bond and M Walsh. The first half of the game was anyone’s to win however, T Want and J Pye began to build a good lead in the second half, going on to win 22 to 14. The final will be a good contest to watch.

The next round of the mixed pairs has also been completed. In the first game, M Buckley and son J Buckley played early against S Jacquin and J Ryan, winning 27 to 19 whilst the second game saw A Williams and B Williams proving too strong for T Shorten and M Shorten claiming a 25 to 12 victory. The third game was unfortunately shortened by illness however M Toovey and K Garner were in a commanding position holding a lead of 20 to 5.

Wednesday and Friday bowls are still bringing good numbers of bowlers who come to enjoy the facilities at the GDSC. There was a mixture of results over the two days, with some games won by the barest of margins and others blowing out to big scores. The Tony’s Handyman and Home Maintenance resting toucher prizes are getting competitive as well, with eight resting touchers on Wednesday alone.

Remember to keep your eyes on the board as there are lots of games coming up, and that wraps up this week in bowls