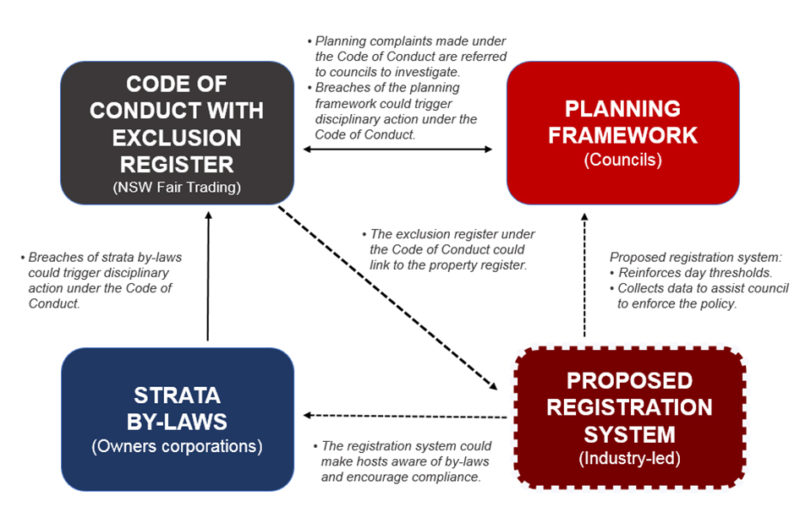 Clarence Valley Council (CVC) is concerned that the impending implementation of the Short-Term Rental Regulatory Framework “is potentially another cost shift by the NSW Government”.

Short-term rental accommodation (STRA) “is now defined as rental for 21 days or less and will be implemented through a State Environmental Planning Policy (SEPP), which will mean the rules are similar across all local government areas,” the report to the August 27 CVC meeting stated.

The CVC report was responding to a discussion paper, Short-Term Rental Accommodation, A new regulatory framework, for which submissions close today September 11.

Environment, planning and community director Des Schroder’s report to council noted that what is being proposed “effectively meets the requirements” outlined by CVC in its November 2018 decision and the resultant submission.

However, the apparent “intention [for] local councils [to] undertake the on-ground compliance activities for the Code and inspections regarding the Fire Safety Standard … will have major resourcing issues for Council”, Mr Schroder wrote in his report.

“Council needs to be resourced through an appropriate compliance fee from those undertaking STRA to fund compliance officers.

The Department of Fair Trading (DFT) will administer a code of conduct that sets out compliance obligations for hosts and bookings – local governments are likely to enforce the code.

The council’s submission raised several other issues in its submission: recommending the compulsory registration of STRA businesses with the DFT to ensure cost recovery; requesting that urban zones, such as Yamba and Iluka, are exempted from supplying flood compliance certificates, “as there is a low flood risk and suitable warning of any likely major flood event”; the risks associated with non-compliant pools, “the Code has not considered this issue and it needs to be clear”; and, clearing up issues around the provision of STRA car parking.

Meanwhile, Southern Cross University (SCU) is conducting a survey about the issue.

“Researchers from [SCU] want to give Clarence Valley residents a voice when it comes to the future of Short-term Holiday Letting (STHL) in the area,” an SCU media release (forwarded on by CVC) says.

“A team of researchers led by Dr Tania von der Heidt of the School of Business and Tourism, SCU, are [sic] investigating residents’ views of STHL, including Airbnb, across all local government areas (LGAs) of the North Coast.

“Through a partnership with Destination North Coast the project brings academia, destination management, and local government together to serve wide community interests.

“The research project will help ensure that local residents have a say when it comes to decision-making at local and state levels of government.

“The survey … (closing 15th October) allows residents to contribute their views on possible options for STHL in their region.

“Through residents sharing their experiences it will facilitate better understanding of the impacts of STHL in their residential street, neighbourhood and local government area.

“This new knowledge will contribute to locally-informed civic decision-making.”

Take the survey at bit.ly/2ksGW1F.