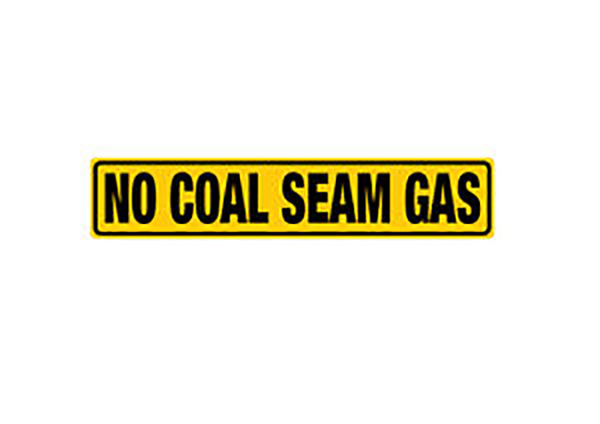 The $2 billion deal – “to lower power prices for consumers, reduce emissions and strengthen grid reliability” – announced by Prime Minister Scott Morrison and NSW Premier Gladys Berejiklian on January 31 is no cause to worry about gas exploration being reactivated in the Clarence Valley and Northern Rivers.

Among its commitments, the NSW Government will “facilitate investment opportunities to inject an additional 70 petajoules of gas per year into the east coast market”.

Answering a question at the joint press conference – “Will you get rid of gas exploration bans in order to [supply] those 70 petajoules of gas? – Ms Berejiklian said: “We don’t need to change our policy position at all.

“We already have a number of projects in the pipeline which we are hoping will satisfy these arrangements.

“…Government is in the final stages of considering the Narrabri gas proposal and that will meet these targets.

“…We have two or three options before us, including import terminals at Port Kembla and potentially Newcastle, in addition to the Narrabri project: one of those three things will satisfy our arrangements.”

Meanwhile, federal Member for Page Kevin Hogan and Clarence MP Chris Gulaptis have maintained their positions regarding the mining/exploration of coal seam gas (CSG) in their electorates.

Mr Hogan vowed to cross the floor, prior to his election in 2013, if he was faced with a vote regarding the extraction of CSG.

In his maiden speech in November 2013, Mr Hogan said: “Mining and farming can be a delicate balancing act in certain regions.

“I acknowledge the work done by my Coalition colleagues in the New South Wales Parliament, tightening up farmer protection in relation to coal seam gas.

“I acknowledge my federal colleagues and our [federal Nationals party] position.

“Our policy is that water and prime agricultural land, as well as built-up areas, needs to be protected from CSG mining.

“I believe, and in my opinion so does the majority of my community, that given current extraction techniques this policy currently rules out the electorate of Page from CSG mining.”

Mr Hogan told the Independent that, while he “understood” that the deal between the Australian and NSW governments was about “more than gas”, he had previously had “a discussion with the community and they made their intentions very clear; and I agreed with them”.

Mr Gulaptis, made an impassioned plea to the NSW Parliament in March 2016: “It [CSG] is an industry which is incompatible with our traditional agricultural industries.

“It is wrong for the Northern Rivers and … it is dangerous to our environment.”

Last week, Mr Gulaptis told the Independent that the buying back of CSG exploration licences in NSW was, “from my perspective, focussed on the Northern Rivers”.

“I’m not familiar with how well the gas project [announced by the Premier and Prime Minister] is received elsewhere in NSW, so I really can’t comment on anything unless it’s directly affecting my electorate.

“By the same token, we also said they [CSG explorers/miners] do need a social licence.

“There are some areas that are inappropriate for fracking or mining gas and there are others where it might be appropriate.

“Clearly the Northern Rivers is one of those areas where they don’t have a social licence, where it isn’t appropriate – that’s why we bought back the licences.”

Ms Berejiklian also said the use of gas to transition to using more renewables “is critical to the future, both in increasing supply and lowering prices”.

“Lowering emissions doesn’t mean getting rid of every form of energy that we currently use.

“If you want to use more renewables, you need more gas, because when you move from peak to off-peak you actually need gas to facilitate that.

“So this plan makes perfect sense to us.”