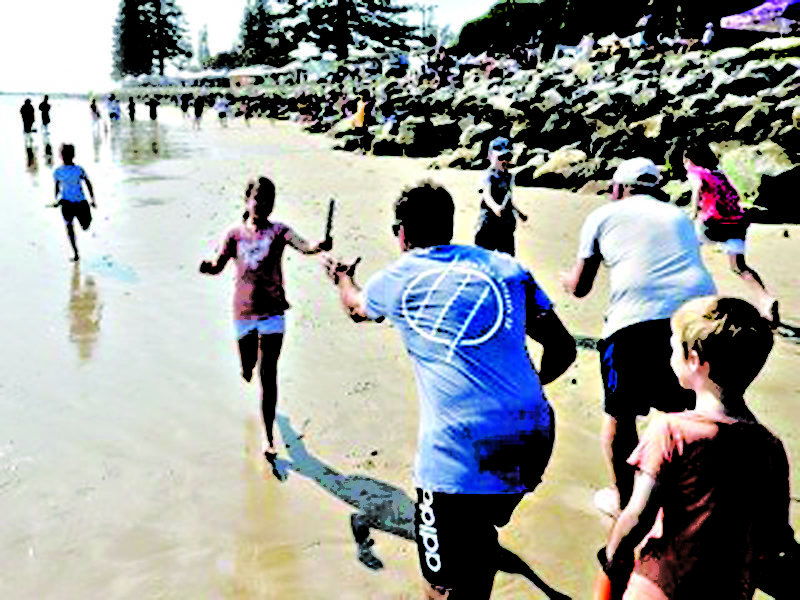 What would New Year’s Day be without the annual running of the Brooms Head family fun day?

The event which is run in collaboration with Wires, Maclean Lions Club, Gulmarrad Rural Fire Service (RFS) and Lower Clarence Rugby League Club, is a real family favourite and enjoyed by both locals and visitors alike.

Maclean Lions Club publicity officer Denise Worrill said that they wanted to thank the Wires group for organising the market stalls on the day and the Lower Clarence Rugby League Club for doing a great job on the barbeque.

“We’d also like to thank the shops in Maclean for donating all the prizes for the individual races,” Mrs Worrill said.

“The crowd was down a little bit but it was more a festive holiday crowd and they really enjoyed the family nature that the day has become – it’s great for the kids.

“While the numbers may have been down, those who attended were incredibly generous.

“They donated with a gold coin at the gate as they came into Brooms Head and they also donated towards a raffle to raise funds for people in our area, who have lost their homes in the recent fires.

“We took $200 more in raffle tickets, than we did last year. They were a very giving crowd.

“The Tug-of-War which was the last event of the day had to be cancelled due to the rising tide, which left no beach, on which to hold the event.

“Overall it was a great day,” said Denise.